Introduction
For LambdaGeneration on YouTube, I made a video on my first impressions of the Steam Deck. A handheld gaming device manufactured and released by Valve.
For this video I decided to flex my live-action video makings skills once again to create something with a little bit more production value than usual. This was a special occasion after all. We don't always get to look at hardware that Valve releases and be one of the many content creators who jump on early. So this video had to stand out.
I got my inspiration for the video from tech channels on YouTube. Namely Linus Tech Tips, Austin Evans and the likes. I tried to emulate their style while also giving it a little bit of extra flair to make it my own.
Stage 1: Scripting

A portion of the video's script, with shot planning on the right.

The scripting stage took a lot longer to complete than usual, as I was playing around with the Steam Deck in the meantime. The more I played with it, the more I wrote down in the script. After having everything written down in it, I did another draft to turn it into a more coherent script.
After the full script was finished, I added notes to it that would appear on the right of the screen (see the image above). These notes would serve as a shot list so I would know what shots to make and where they belong. I would use this Word document on an iPad that I would carry around while shooting the video.
Stage 2: Shooting 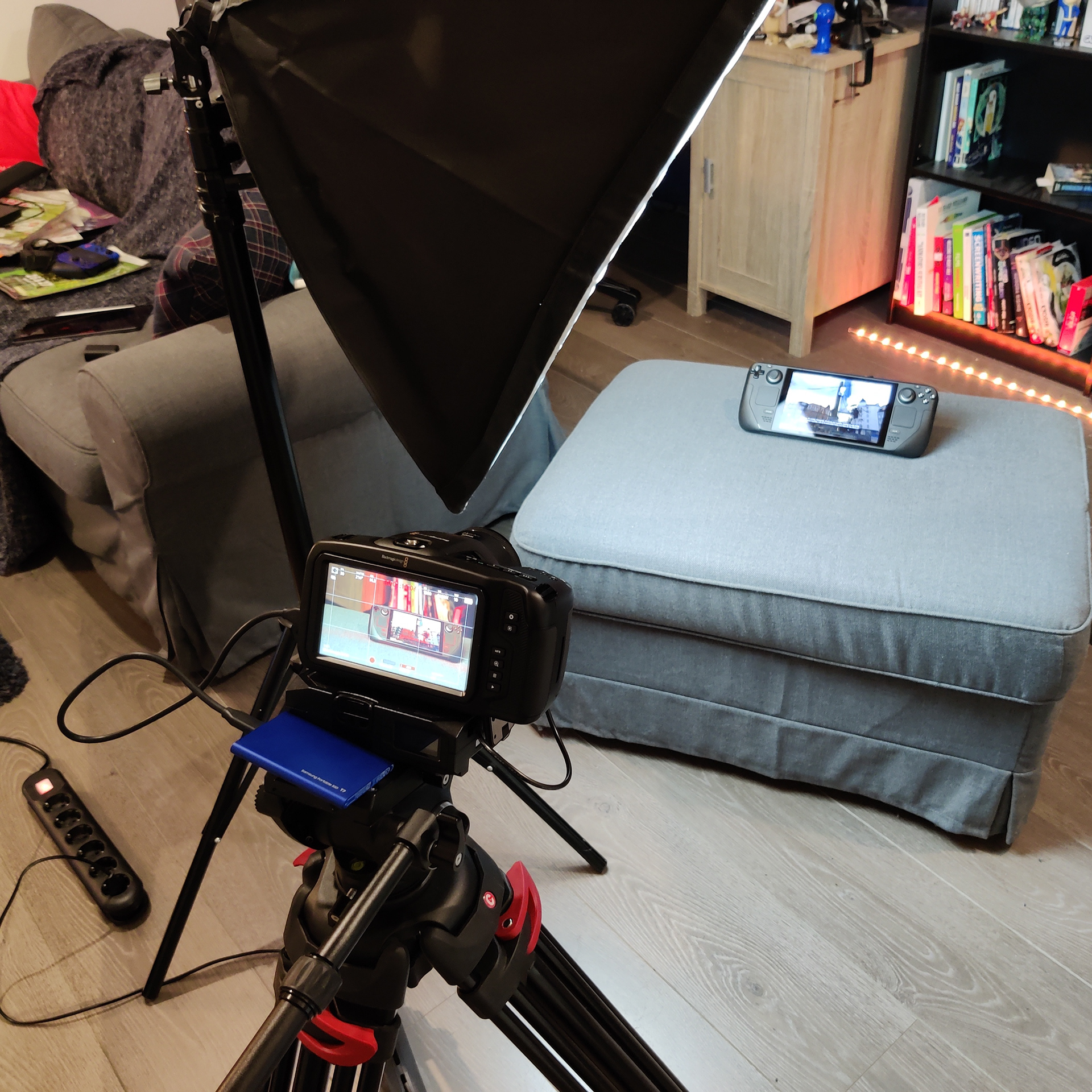 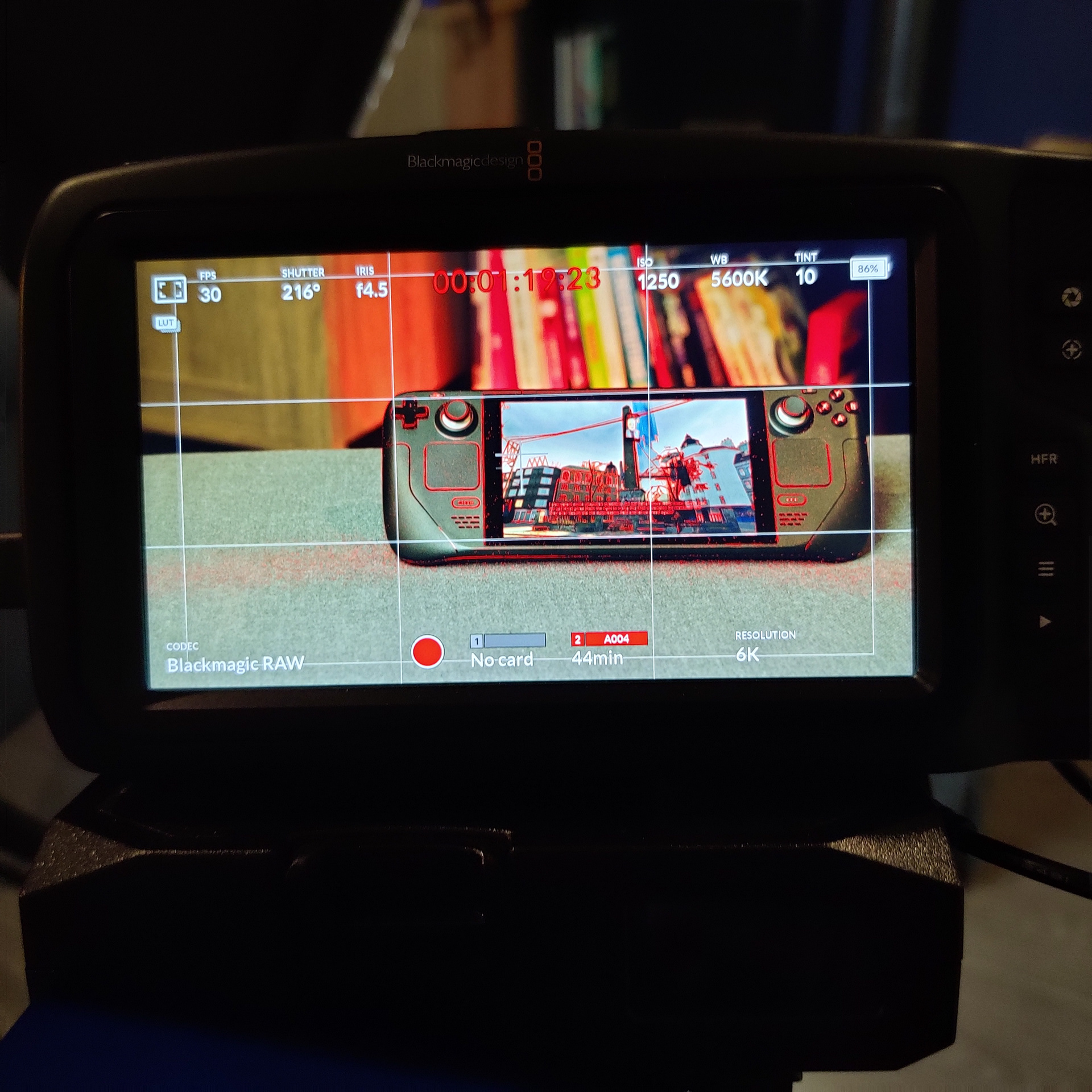 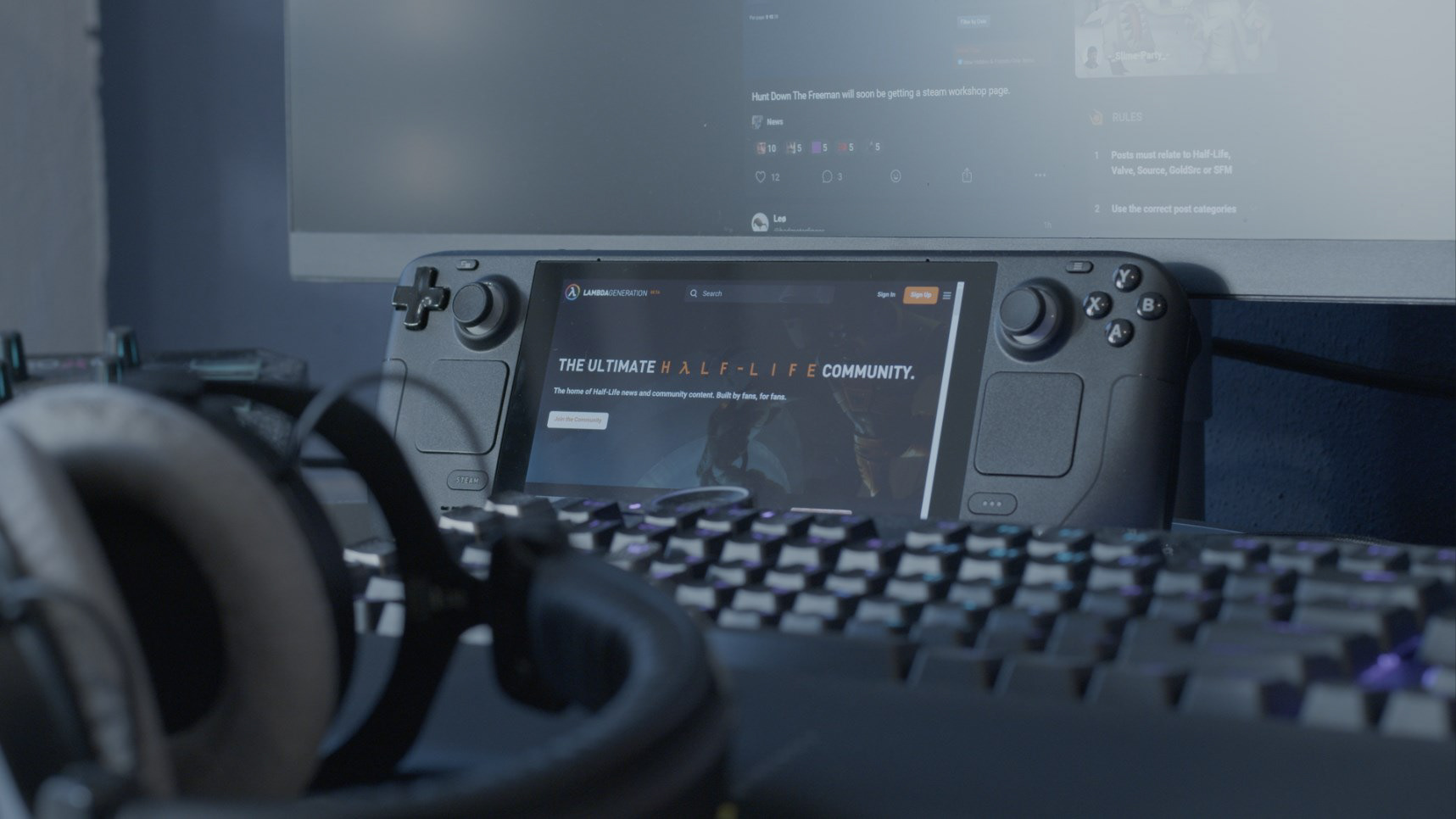 Shot of the Steam Deck standing on a desk 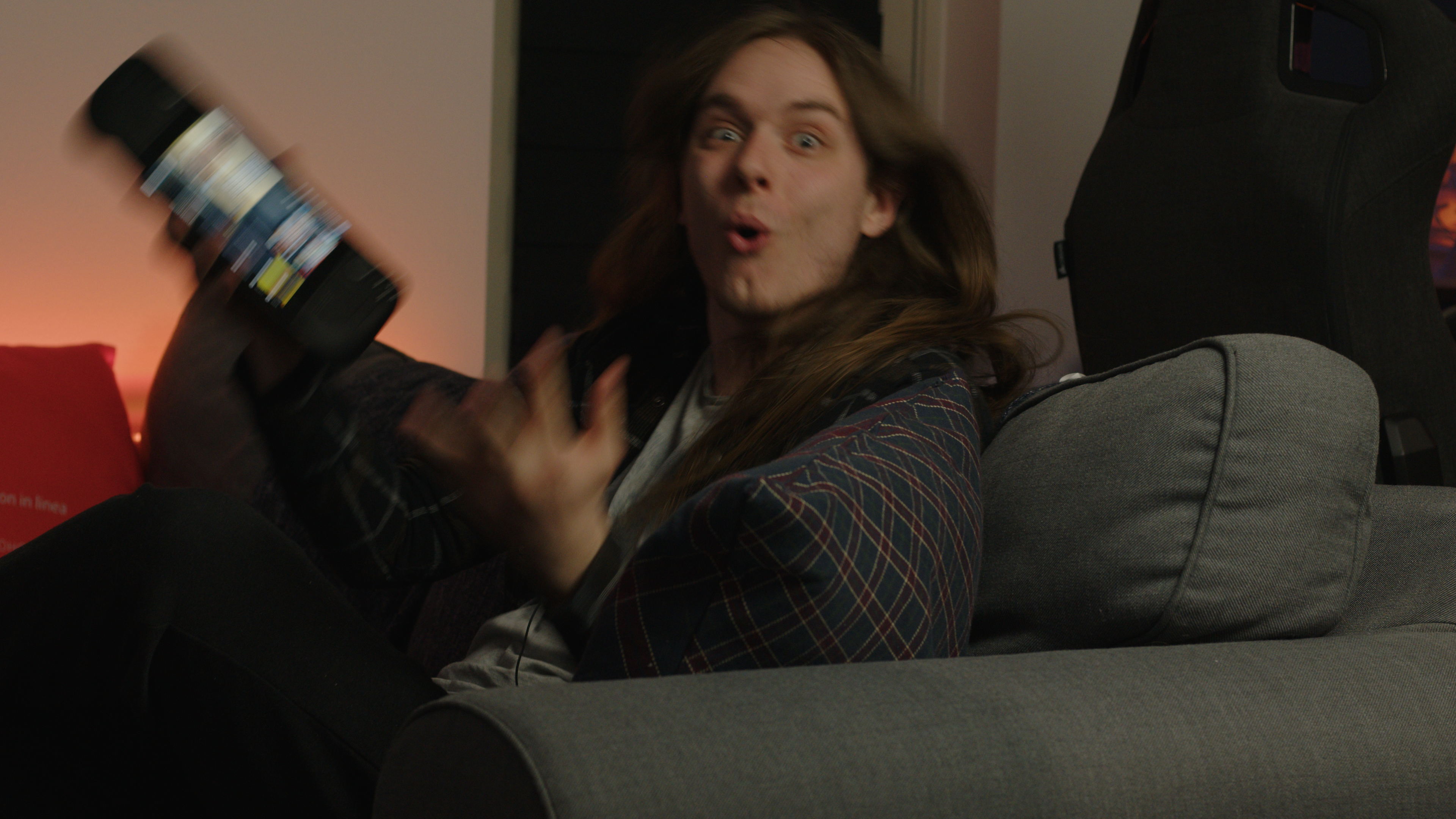 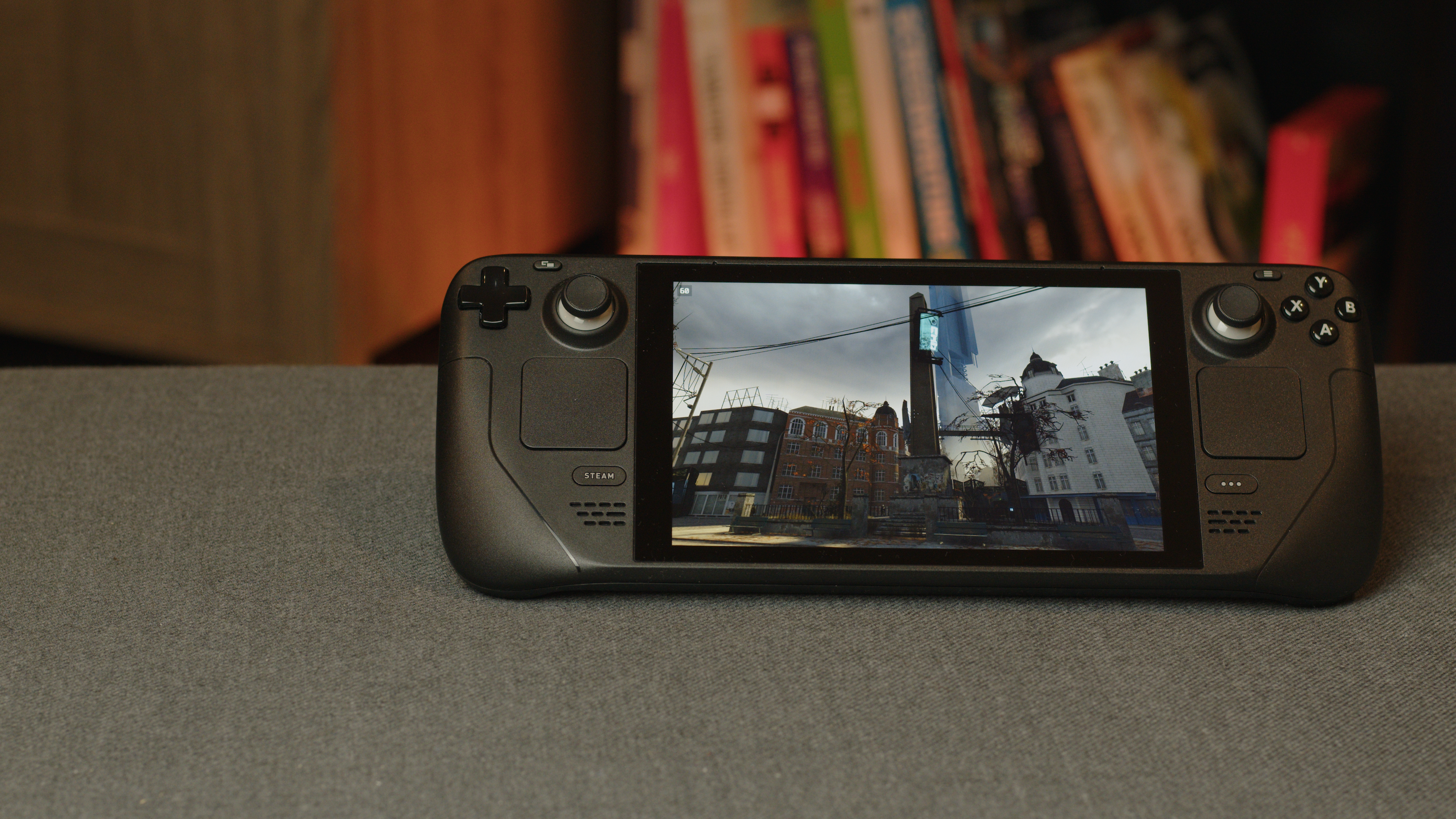 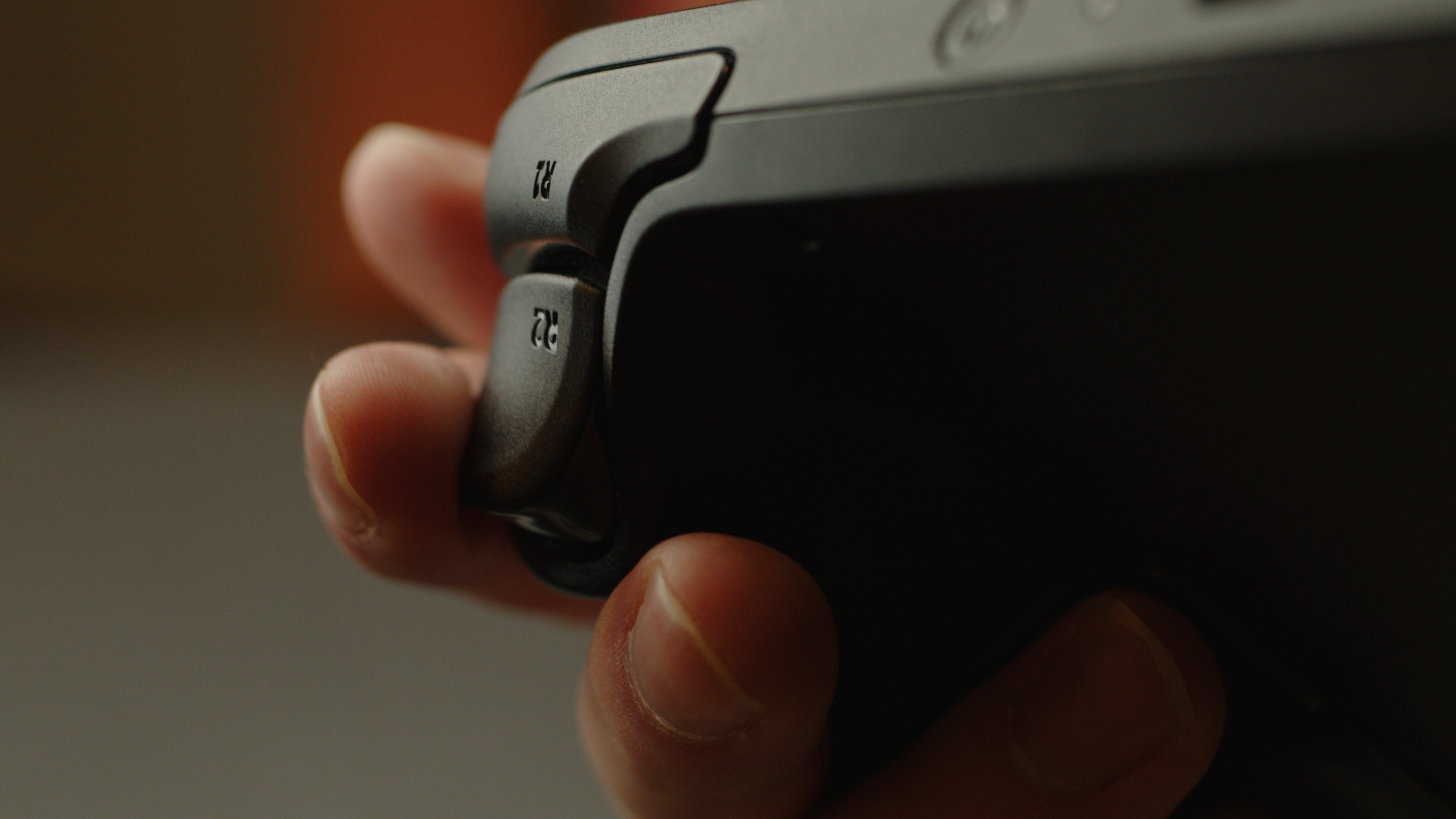 The shooting of this video was a bit more involved than anything I've done before for this channel, and a leap forward for myself as well. I was shooting with a brand-new camera, the Blackmagic Pocket Cinema 6K. This was quite the learning curve, as I have never shot with a cinema camera before. I think there are a lot of things I can improve on here, but It's quite an alright start.
All footage was recorded in 6K BRAW with a compression ratio of 12:1. I had to compress it super hard because I wouldn't have enough space on my 1TB SSD otherwise. Definitely need to get more of those, heh. Shooting in BRAW gave me a lot of flexibility during the post process though, enabling me to change ISO, Exposure values and white balance after I've already shot everything. Super handy!
Stage 3: Post-production

Just like with everything else, the post-production stage was longer than usual as well. I spent about two evenings editing the entire 11 minute and 23 second video together from spotting A-Roll to adding the final touches.
The post-production was mostly done in Adobe Premiere Pro CC with After Effects for certain effects, Audition for additional audio editing and Photoshop for the thumbnail.
This was also one of the first 4K videos released to the LambdaGeneration YouTube channel. I had to get used to this workflow for a bit as performance on the timeline wasn't super amazing, even in 1/4 playback quality and the final export also took ages. In hindsight I should have probably made proxies. That's something I'll take into account for the next project.
The most fun I had with editing this video was probably editing the BRAW footage that I shot. It's probably some of the best looking footage I've ever taken, so that put a smile on my face the whole time. I also remain having a lot of fun adding music to the video. I take great care to make sure the music I choose fits well in the video and that the same song doesn't go on and on throughout the entire video. I mix it up quite a bit, but not more than is necessary. The video would feel messy otherwise. And off course I had to add an epic song for the outro.
Stage 4: Publishing! 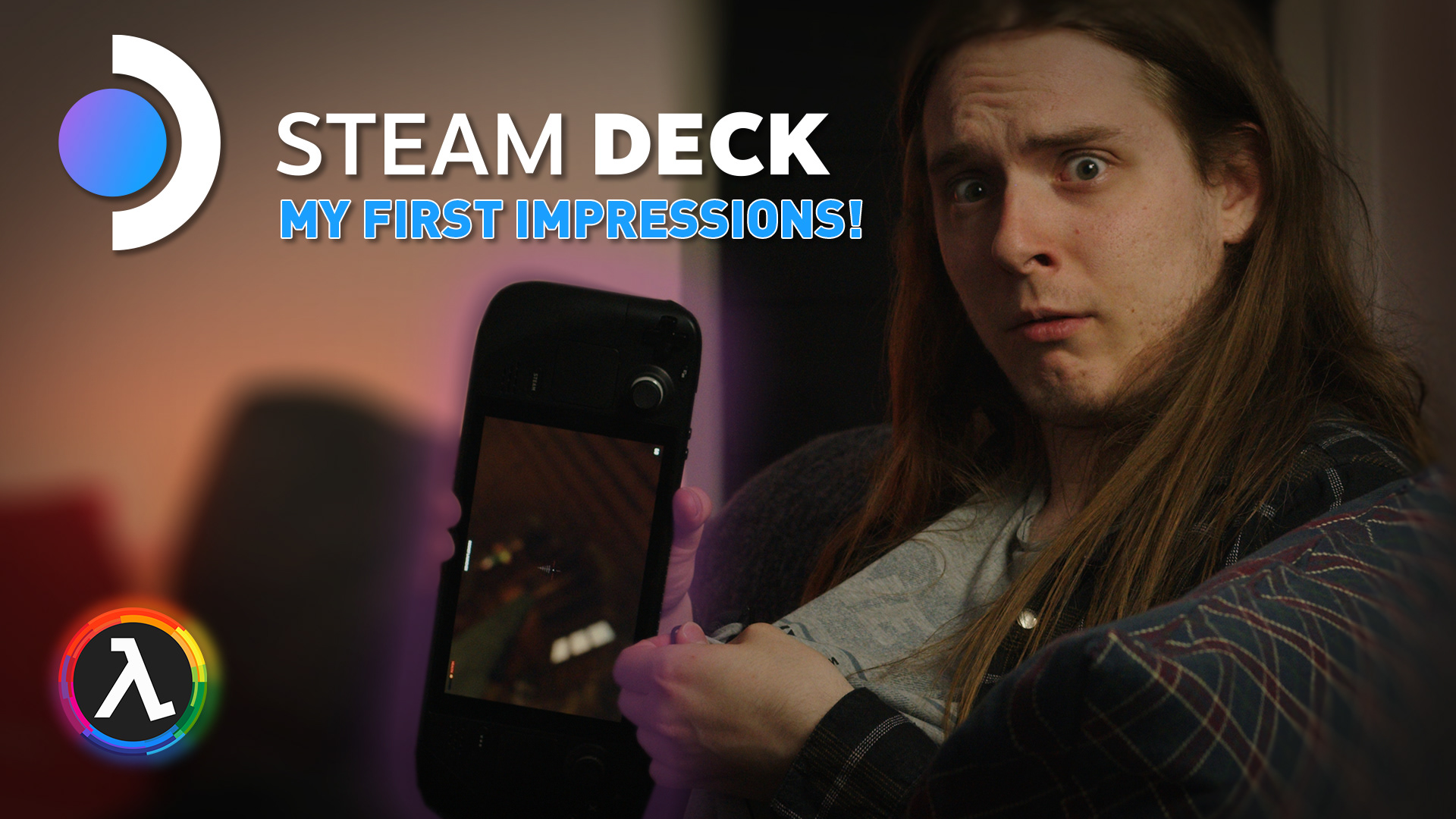 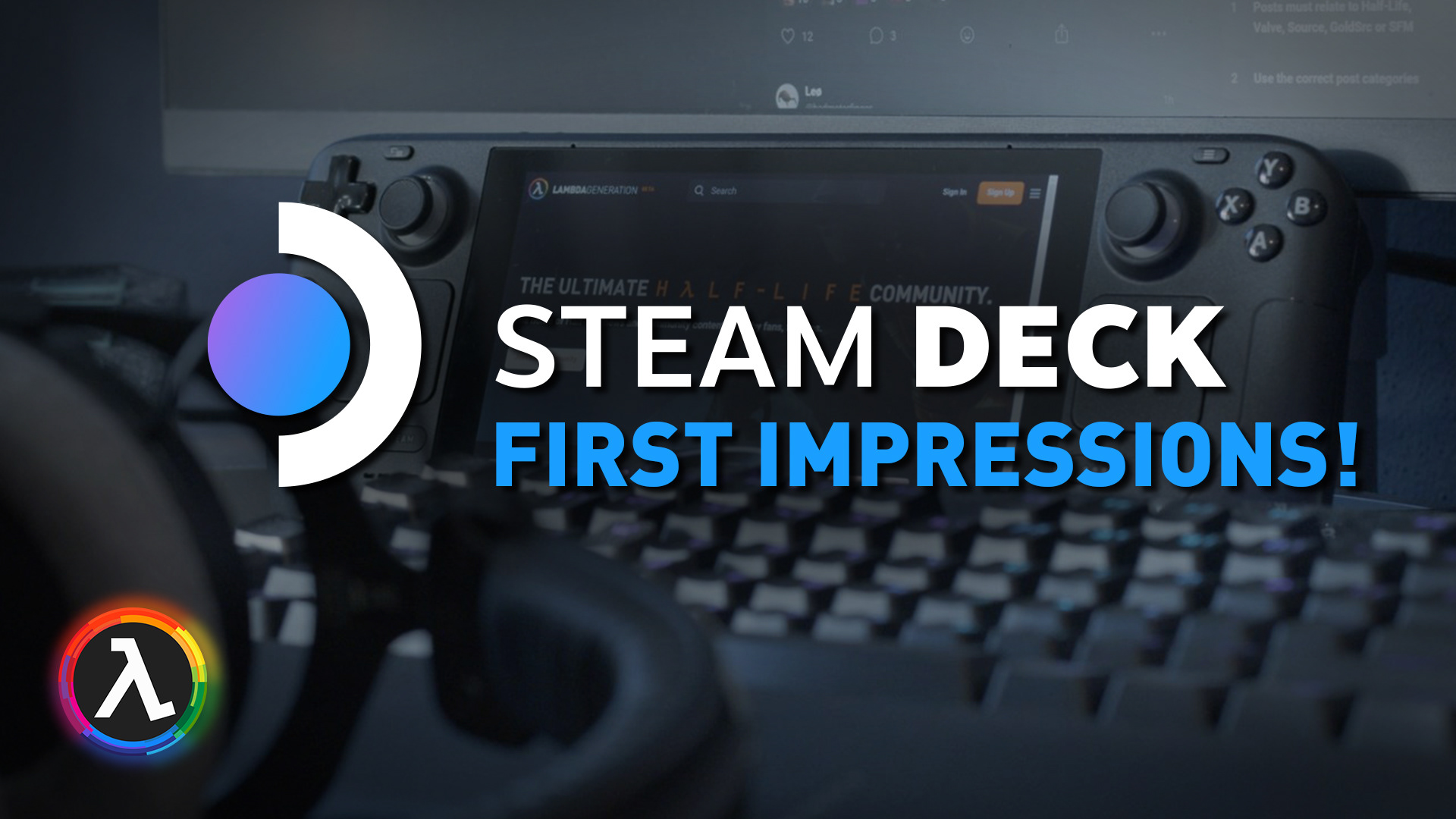 After the video was finally done, I had to do the job of publishing the video on YouTube and unleashing it onto the world! This is usually a pretty tricky task, and for this video it was no different. I ended up revising the title a fair few times before settling on the one used currently. I also made two different thumbnails. Neither of them were fantastic because I didn't have a lot of time anymore.
The first one I made had myself in the thumbnail because I thought it would make the video a little more personal. But you couldn't see the Steam Deck in it very well. The second one has the Steam Deck more prominently in the background with the logo and subtext front and center. That's the one I eventually settled on.
Stage 5: The final product!
The final product eventually released on YouTube on the 6th of May 2022 with a largely positive response. Unfortunately however, views on this video do not reflect what I expected getting significantly lower views than other videos released around this time. This might be due to low interest within our community for this topic.
This is unfortunate, as I put a lot of work into this video. But it's not entirely unexpected either. High production value doesn't necessarily mean than more people will view it. I wanted to make this video to gage if there was an audience within our fanbase for this topic and the numbers show that there might not be too many of them. That means we'll be making less Steam Deck content in the future and tweak the content we do focus on.
Regardless of its success, I had fun working on it. And I'm happy to present a project like this in my portfolio. And I'm probably going to do more of these kinds of projects in the future.
Credits
Written, Directed, Shot, Edited and Hosted by:
Mitch Wensveen
With thanks to the LambdaGeneration Team:
Alex M.
David S.
David G.
Alan
Rodrigo D.

Glorious Rigby
↑Back to Top

Wow, even this site uses cookies? Yes, it does! By using mitchelsworkshop.com, you automatically accept the saving of said cookies to your device. Understood!